“Perspectives on the Ramesside Military System”

Egyptian military activity was very significant during the Ramesside Period of Egypt (Dynasties XIX-XX, 1310- 1100 BC) and was an important part of the historical development du ring the New Kingdom of Egypt as well as in the contemporary Late Bronze Age of the Ancient Near East.
Recent archaeological discoveries provide Egyptologists and historians with valuable information about many new aspects of warfare du ring the Ramesside period, all of which have enabled us to revise previously-held theories. For example, the excavations of the Egyptian New Kingdom fortress in Jaffa (Tel Yafo) by the Jaffa Cultural Heritage Project from 2011 to 2014, provide new information about the architecture of the Ramesside imperialism throughout its fortifications in Canaan. Also, the recent archaeological work of the Egyptian and French missions on the Ways of Horus in northern Sinai since the 1980s, especially at the site ofTell Heboua (Tjaru), the main Egyptian fortress at this ancient military road between Egypt and Canaan, provide more information about the Ramesside fortifications on the Ways of Horus, and the military stations on the way to Canaan. Moreover, the excavations at the site of Zawiyet Umm el-Rakham carried out in 1997 reveal that the construction of the Ramesside chain of forts on the Maryut Coast was launched by Ramesses II very early in his reign. In addition, Egyptologists succeeded in presenting remarkable studies discussing many new aspects of the Ramesside military system. The current research of these scholars will provide new perspectives as well.

This international conference aims to shed light on these new archaeological and historical perspectives concerning the entire military outlook of Egypt at this time. The conference will also make a broad assessment of the current state of knowledge about the Ramesside military system and discuss how the new knowledge relates to previously held theories, and provide a forum for discussion. The presentations by leading experts will cover fortifications, military ideology, battles and conquests, the organization of the Egyptian army, war tactics, armory, and weaponry. Furthermore, one of the most recent archaeological discoveries concerning the Ramesside military system will be presented du ring the conference, the Memphite tomb of the General lerkhy, from the reign of Ramesses II, which was discovered in May 2018. lt will be discussed in detail.
The conference is supported by the Fritz Thyssen Foundation (Cologne, Germany) and will be hosted by the Staatliches Museum Ägyptischer Kunst in Munich, which co-organizes the conference and devotes one room of its permanent exhibition to the subject „Pharaoh‘: Many of the objects displayed there are highly relevant for the research of the conference.

We would like to announce that it will be possible to contribute to the conference with a poster. Everybody – speakers and anybody else – who likes to do so is invited to mail a reduced file with a draft of his/her poster to M. Abbas (aprinceofegypt@hotmail.com) and F. Hoffmann (friedhelm.hoffmann@lmu.de). After approval we will invite you to send the ready, printed out poster by 30 November 2021 to Friedhelm Hoffmann, K.-v.-Bora-Str. 10, 80333 Muenchen, Germany.

When producing your poster, please follow some practical guidelines:

Please make sure that about 3 cms at the top and bottom margin are left free for fastening the poster. 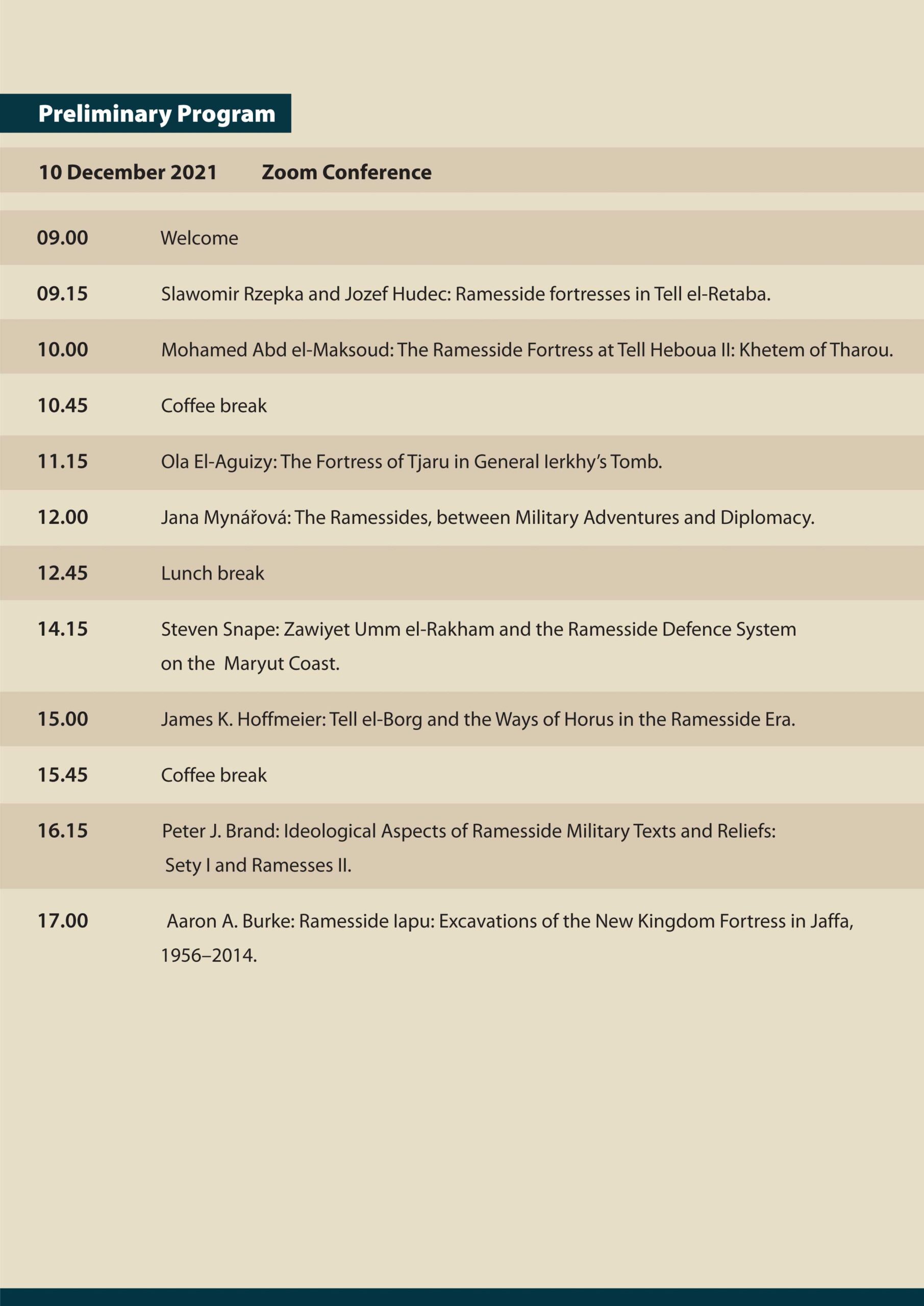 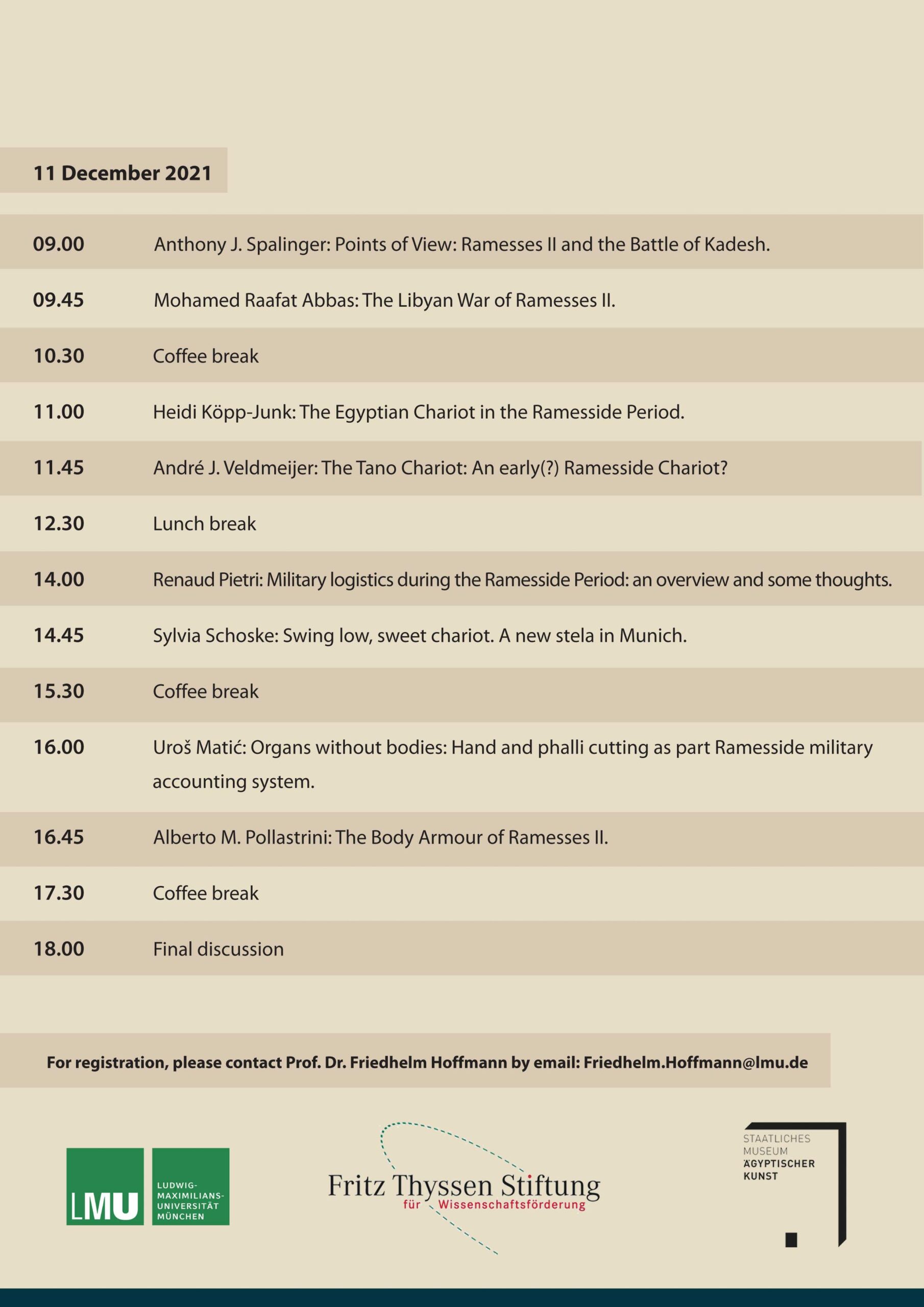 No further registrations possible | The conference will be held via Zoom